Fluteboxing, or flute beatboxing, is something that you may or, more likely, may not be familiar with. Simply put, there’s playing the flute and then there’s beatboxing (or the art of mimicking drum beats with the mouth and voice). Put them togeth 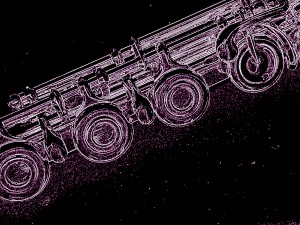 er, at the same time by the same player, and you get fluteboxing. This results in the player effectively becoming an entire band all by themselves, producing a beat with their lips, teeth, tongue and breath whilst maintaining a melody using traditional playing.

Fluteboxing very much sounds, and is, a recent concept (the term beatboxing only began to be used in the 1980s) however combining traditional flute playing with singing and other extended techniques can be traced somewhat further back with flautists such as Ian Anderson, Robert Dick and Ian Clarke developing new sounds and techniques for the instrument (which will be explored in a future post). Indeed, it is possible to use extended techniques when fluteboxing, adding yet another layer of sound and difficulty into the mix.

As a flautist, this is not for the faint hearted! Both the skill of playing and of beatboxing are not easy to produce on their own and because the two involve using and controlling many more parts of the body when you put them together than you would use when producing them on their own, it really does feel like an impossible task when you begin.

Without a doubt, the most well know fluteboxer is Greg Patillo. His youtube videos show the energy, versatility and creativity which is required to flutebox at the highest level yet he makes it look so easy! His desire to share not only his own playing anywhere and everywhere but to inspire others to have a go too (Greg has also produced a number of videos for players on where to start with fluteboxing) is really something to be admired and shared.

Just like playing other contemporary flute music with extended techniques, I’ve fallen in love with fluteboxing. The energy, imagination and time that is takes to get each piece working is immense and totally addictive. Because of the use of breath and the necessity to maintain a beat throughout a piece, fluteboxing requires stamina and strength like no other playing and forms a full on workout for mind and body. I love the way in which it allows any piece with a beat to be played as a solo, and gives endless possibilities for beats and rhythms to be changed to become more ‘edgy’ – something that is not easy to explore and put across when you are simply playing a melody alongside an accompaniment. It opens up mainstream repertoire – songs, jingles, film themes, computer game music – all become possible, as well as gives a new take on traditional pieces. And above all, I love the reaction of audiences when performing – so far I have always been met with big smiles and looks of disbelief every time I have performed.

It’s a whole new instrumental world and one which I hope will to continue to grow and be explored.