If you’re a teacher, you’ll understand that more often than not, the biggest hurdle to getting your students to perform is the fear that they will face. Fear of making a mistake, fear of standing up in front of their friends and family, and fear of being called out as ‘not being good enough’. What is takes to overcome this is the ability to be vulnerable.

Vulnerability is at the core of the years of research undertaken by American author Brené Brown. Daring greatly is just one of a number of bestselling books that she has written, each highlighting an aspect of her research into the essence of what it takes to be your best self and live a life which is full and true to yourself. In it, Brené focuses on her biggest finding – than in order to live wholeheartedly, vulnerability is not something we can shy away from. Rather than viewing it as a weakness, allowing ourselves to be vulnerable builds courage, engagement and connection which could not be more relevant to our work as musicians, whatever aspect or level we are engaged in.

As well as offering many insights into how we can help ourselves to embrace vulnerability through her research findings, Brené provides a number of honest, sometimes hilarious and sometimes cringe worthy, personal stories which although may not be entirely relatable, certainly offer a perspective on our own thinking in situations when we are called to be vulnerable. Her style throughout is one which never makes the reader feel inadequate, yet gently persuades even the most staunch advocate for a stiff upper lip to explore to benefits of wearing your heart on your sleeve. And I think that’s something that the world could always do with more of.

When analysing any musical performance, it is easy to focus solely on those elements which are traditionally seen as being the building blocks of music – pitch, rhythm and dynamics for example. Whilst these are no doubt fundamental in the accurate portrayal of any piece, and mastery of them alone may appear to create that ‘perfect’ performance, should these elements be allowed to be the ultimate goal when it comes to a musical performance? 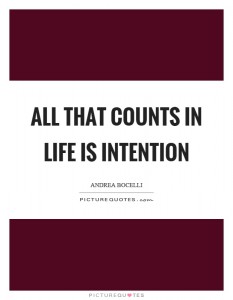 I would argue not. Although I’m not a composer, I’m pretty sure that if you asked the vast majority of them what they would like a performer of their music to ensure that they get right when they perform, it has everything to do with intention and less to do with the actual instructions which have been provided in the score. For it is often those elements which cannot be fully notated – the length of a pause or breath, the exact use of an accented note or the way in which a crescendo is executed for example, which can only ever be controlled by the performer themselves in the moment and which require a thorough understanding of what the piece is really trying to say in order to bring a piece to life.

And because of this, there may be a price to pay when it comes to being ‘note perfect’. If the sole focus remains on the notes alone during a performance, then the real intention of the piece is not given any attention. Of course, the intention of some pieces is to be precise and that is all, and professional performers at the top of their game are quite rightly expected to never get a note wrong. But for those of us who are still striving to progress in our musical abilities, and particularly those who are new to performing itself, I feel that if the intention of the piece is allowed to be the overriding aspect of the performance, then it will be a successful one, despite any misplacement of notes or details which may take place. It will also be a personal one, where performer and perhaps teacher have worked together on what the intention of the piece is, from their own and the composers point of view, and have sought to use the performers current skill level and musical abilities to shape the piece in a way which is possible and suitable.

So the next time that you hear a live performance that you particularly like, try to think to yourself why that is? I can almost guarantee that it will go beyond the basic elements to deliver music which has it’s focus firmly on intention and not just on what it’s composer set down on a page.

Browsing through internet news pages earlier today, I came across this BBC news article in which it is claimed that Ade 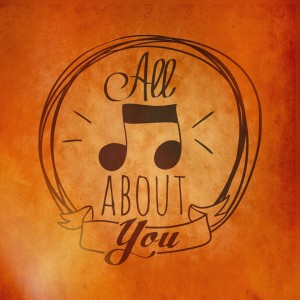 le is unhappy with reports that her music is being used by Republican presidential candidate Donald Trump. This got me thinking about how music can easily become associated with a person, place or event but this can often be a difficult bond to break. Could this therefore cause a big impact on the composer or performer either negatively or positively and should this be something we should consider more carefully when putting our music ‘out there’?

Adele isn’t the first, and certainly won’t be the last, to come face to face with a negative association with her music. Perhaps the most famous example is Adolf Hitler’s adoration of the music of Richard Wagner. This has caused such a strong link between the two that many people refuse to even listen to Wagner’s music, and indeed none of his operas have ever been staged in Israel for this reason (it is worth adding that there is evidence to show that Wagner himself held anti-Semitic views but maybe if it wasn’t for the Nazis this would have been somewhat overlooked?) On a lighter political note, who cannot fail to think of Tony Blair when hearing D:Reams ‘Things can only get better’ (and if you google the title, one of the most searched for phrases is ‘Things can only get better Labour’). Or on hearing the rousing anthem ‘You’ll Never Walk Alone’ from Carousel not be reminded or a certain football team who plays in red?

But all these associations on a global scale are perhaps not as important to us as individuals as the personal associations which we all find ourselves making from time to time. Those moments when a song or piece captures just how we feel or enables us to express something better than we ever could ourselves. Or maybe a time which stays with us in our memory has a certain piece connected with it, perhaps because it was being played at that very moment? Then there are of certain associations which are made by the composer or performer themselves  – the time you performed in a certain building or with a certain group or even that dreaded audition piece all hold different memories and feelings. And maybe that’s just it. Musical associations are meant to happen and are part of the deal. We all make them. Music is an art, and art is perhaps the most evocative and powerful language known to man which paradoxically is also is wide open to individual interpretation.

Artists will always be quick to react to negative associations which are formed with their work in the public arena. But perhaps they would do better to remember why they do what they do in the first place and the musical associations that they themselves have made? For every public negative association, isn’t there bound to be an unobtainable number of positive associations by people on a personal level which can bring so much joy and comfort to us and yet go unnoticed in the wider world? In the case of Adele, the fact that her latest album ’25’ has now sold more than 15 million copies worldwide must surely be proof of this. And ultimately, as musicians and artists, if we are brave enough to share our musical ideas with the world in the first place, we must learn to be brave enough to accept that how they are perceived is ultimately out of our control.